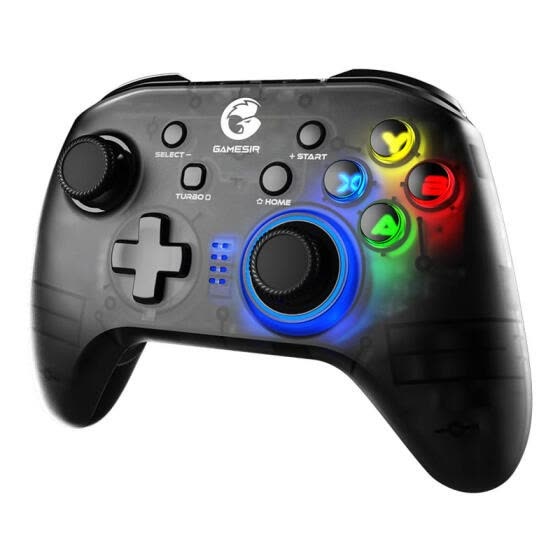 You can get coupon after
Begins in 08 D 08 Min 08 Sec
USD
QTY
VIP DEAL
ORIGINAL
$
GIFT
COUPON
SALE
LIMIT
SHIPPING
Sorry, this product is out of stock. Sorry, is not available Ships to from , Via
Ships within days, Delivery estimate: , This item will be shipped from to
Fulfilled by playus
COLOR
QTY
PAYMENT

6 Axis Gyro Highly Supports Nintendo Switch Games: GameSir T4 pro has now been equipped with a six-axis gyroscope. While supporting somatosensory operation, it can also more sensitively capture the player's movements and reflect it more accurately in the game.Evolved For Gamers To Fully Enjoy iOS / Android / PC / Switch Games: GameSir T4 pro's chip has been upgraded in all aspects. Unlike the past, which was limited to the PC platform, this chip can now meet the hopes of players using GameSir T4 pro on multiple platforms.Deeply Supports MFi Games: GameSir T4 pro will never lag behind the times, players can now use T4 pro to play Arcade games. Not only that, as long as it has MFi certified ga
save$0
$0 items in all
Add to Cart